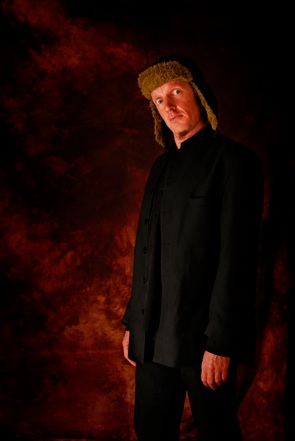 Stephen Taberner - better known as the whimsical mastermind behind the Spooky Men's Chorale - has 20 years of experience in cultivating ecstatic, grooving, blended sound from other mere mortals.  He's led singing weeekends, choirs, and large scale events off over the world.  In this workshop he'll present his own cocktail of funky originals, thinking person's pop/rock, Georgian delicacies and cherry-picked world music bonbons and use them as a portal into a world where oopen ears and a goodly collective pulse take us to a plaace where the whole is greater than the sum of the parts.  No previous singing experience is needed, just the desire to lend your voice to the greater cause.   This will be an experience to leave your feet tapping, your chest zingling and your heart light. 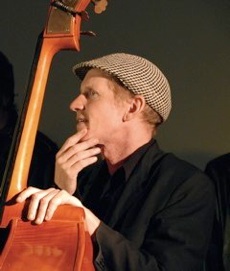 Stephen Taberner - best known for his leadership of the Spooky Men's Chorale - has had a long and loyal relationship with his beloved double bass, Beatrice.  Over the years he's assembled a ramshackle platoon of songs: some wistful, some achingly beautiful, some dead down dirty and some just downright ridiculous.  And he has the audacity to sing them live in a mesmerising wrestle to the musical death with the formidable Beatrice (and an impossibly piquant ukelele called Piglet!) 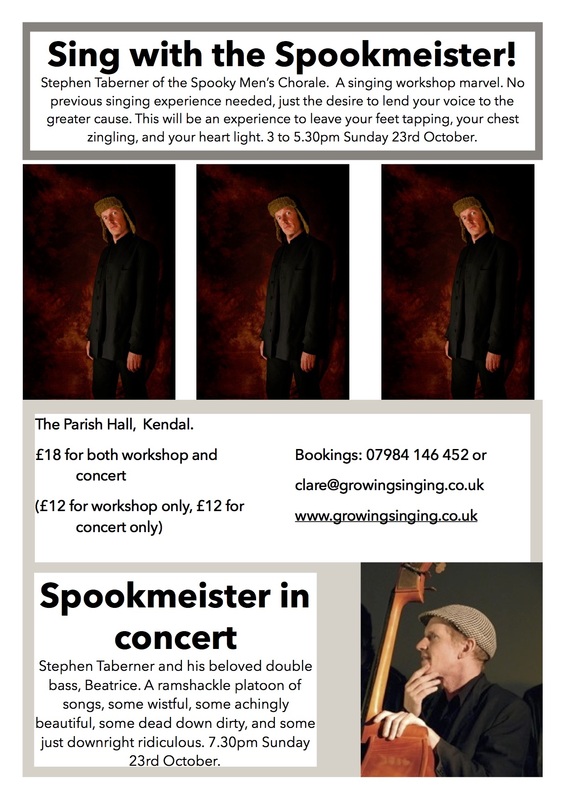